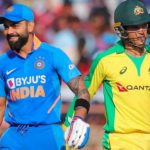 In the debate between Test cricket vs T20s, it is ODI Cricket which often gets ignored. However, every once in a while, series like the recent one of India vs Australia come up, which quell the doubts of the naysayers and infuse new life into this format of the game.

This series was touted as a battle of equals and it didn’t disappoint in any facet. It was a fiercely contested series between two superpowers of the game. It was the strongest opposition India has faced at home in a long time, which makes this series victory even more memorable. After India was routed in the first match of the series, they regrouped and came back stronger to claim a 2-1 series victory.

Apart from the usual suspects involved in the win such as Virat Kohli and Rohit Sharma, this series saw the emergence of KL Rahul the middle-order batsman and backup wicketkeeper. Jasprit Bumrah came into his own after a long injury layoff, Mohd Shami’s meteoric rise continued, the No. 4 conundrum seemed to be solved and on the whole, all the pieces look to be falling into place for India.

Before the razzmatazz of IPL begins, India will face New Zealand in their home conditions. The world will eagerly await the results of India’s first overseas tour in 2020, as it stakes claim to be the No.1 side in the world in all formats.