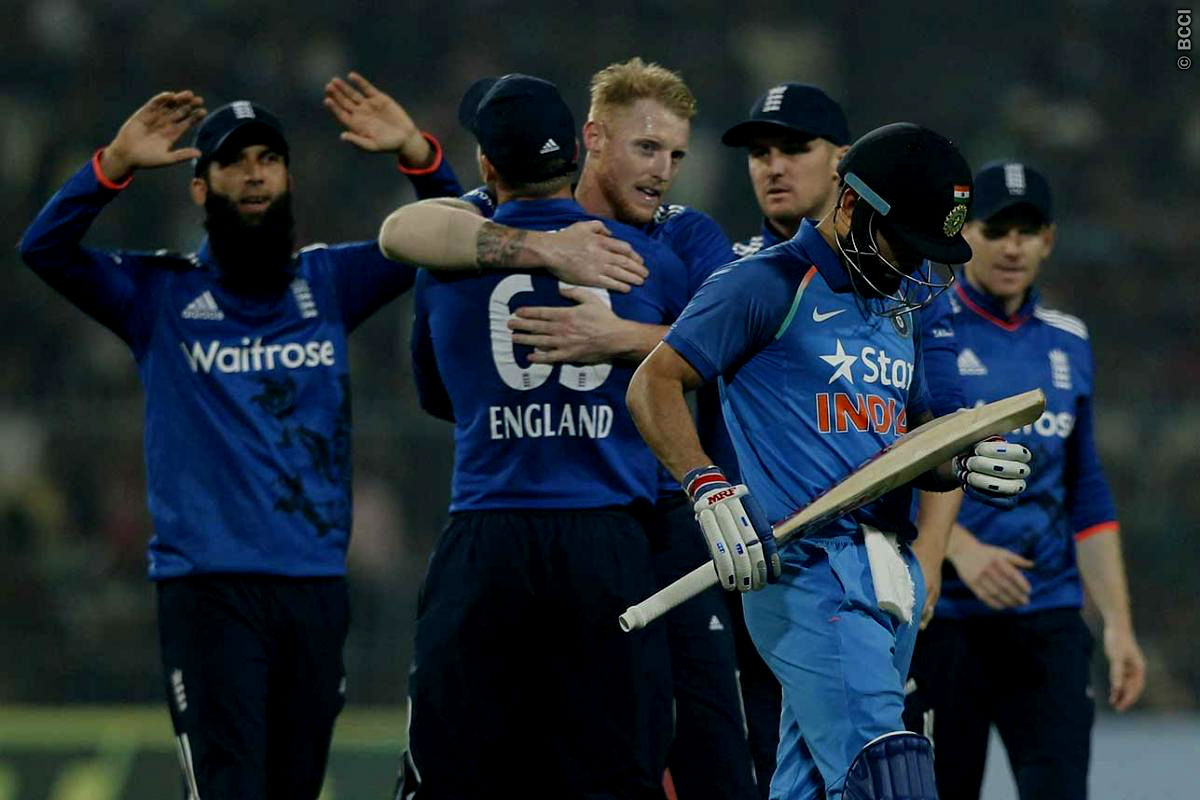 Finally, England got something to cheer as they got their first win over India on this tour. The England team defeated India by five runs in the 3rd ODI at the Eden Gardens. India, however, clinched the three-match series 2-1.

Kedar Jadhav (90) almost single-handedly won the game for India. But, some fine bowling from Chris Woakes denied India the win. He bowled four dots, including Jadhav’s wicket, in the final over to seal England’s win.

“Going for six and four in the first two deliveries,” Woakes said. “Nice to close it off. The lads bowled really good overs before I came on. Suppose you’re bowling to a guy who hasn’t bowled a ball, you hope he didn’t get a hold of it.”

India, meanwhile, haven’t had a best of starts in chase of 321, as they lost both openers cheaply. After the departure of Ajinkya Rahane (1) and KL Rahul (11), Virat Kohli and Yuvraj Singh launched India’s counterattack.

But, England broke the partnership by dismissing Kohli (55). Yuvraj (45), meanwhile, played aggressive cricket, but he too failed to make a big, and so does MS Dhoni (25), who also looked good during his stay in the middle.

“Giving a wicket that offered more helped them and actually rewarded them for good, discipline line and length,” Morgan said. “We were always open to what we wanted to do. The bowler has his options as well.”

Hardik Pandya was India’s pick of the bowlers with three wickets. He also batted well, and stitched a 104-run partnership with Jadhav. But, his wicket changed the game, even though Jadhav fought till the last over.

“It’s been a series of positives even today, 173 for 5, two youngsters step up almost get us through the line, fighting back against good quality fast bowlers,” Kohli said. “It was a great demo for the Champions Trophy.”