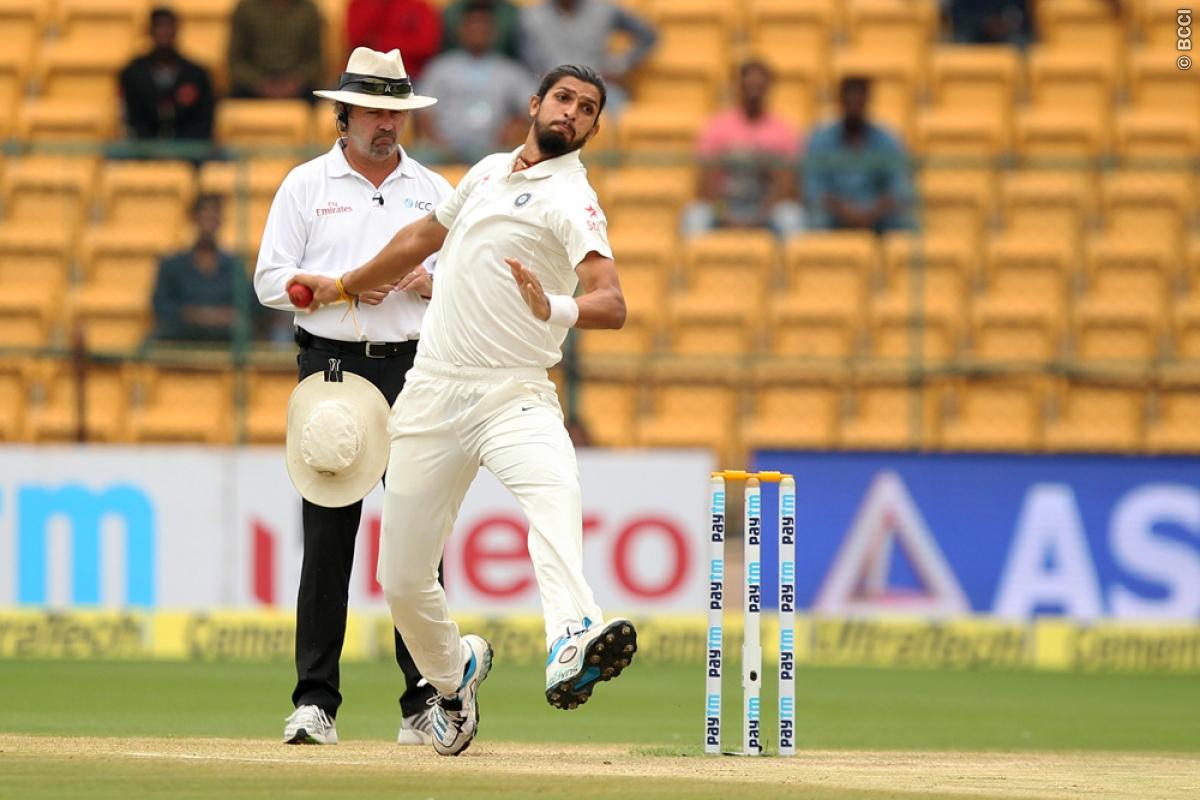 India vs Australia 4th Test: Will Ishant Sharma Survive the Axe in Dharamsala

Not that he has been bowling badly. But, Ishant Sharma isn’t taking as many wickets as he would have liked. And that, must have been a concern for the Indian team ahead of the 4th Test in Dharamsala.

Perhaps, this concern could see Ishant losing his spot in the playing XI. To strength the fast bowling department the team is tempted to include Mohammad Shami, who has come into the team after passing the fitness test.

The only way Ishant could still see himself playing if Virat Kohli would cast his vote in favour of him. Otherwise, the team management could certainly rethink their position of changing Umesh Yadav’s bowling partner.

It is also made to understand that Ishant still remains a very important player in India’s scheme of things for future. But right now, the main challenge for India is to remain No. 1 Test team in the world.

They can only do that if Kohli and his men can get those twenty Australian wickets. The Indian team could also be quite tensed about the fact that Ravichandran Ashwin wasn’t as effective as he would have liked.

But unlike Ishant, Ashwin has been instrumental in delivering several match-winning spells. Therefore, it would interesting to see what kind of bowling combination the hosts would be looking ahead in Dharamshala.