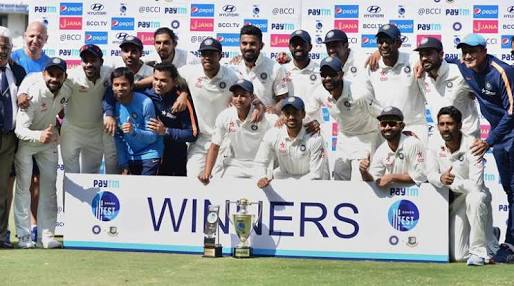 India to Tour Ireland for T20Is

The Indian Cricket Team will travel to Ireland to play two T20Is prior to their tour of England in July. The two T20Is will be held in Dublin on June 27 and June 29, 2018.
India last toured Ireland in 2007 when they played an ODI at Belfast, which the visitors won by nine wickets (D/L method). India have played Ireland just once in the T20 format when the two sides met in Nottingham during the 2009 ICC World T20.

The schedule of India’s Ireland tour is as below:

0 0 0 0
Previous : Lynn Out Of Australia’s ODI Team Due To Calf Injury
Next : India Women’s squad for ODI series against South Africa announced