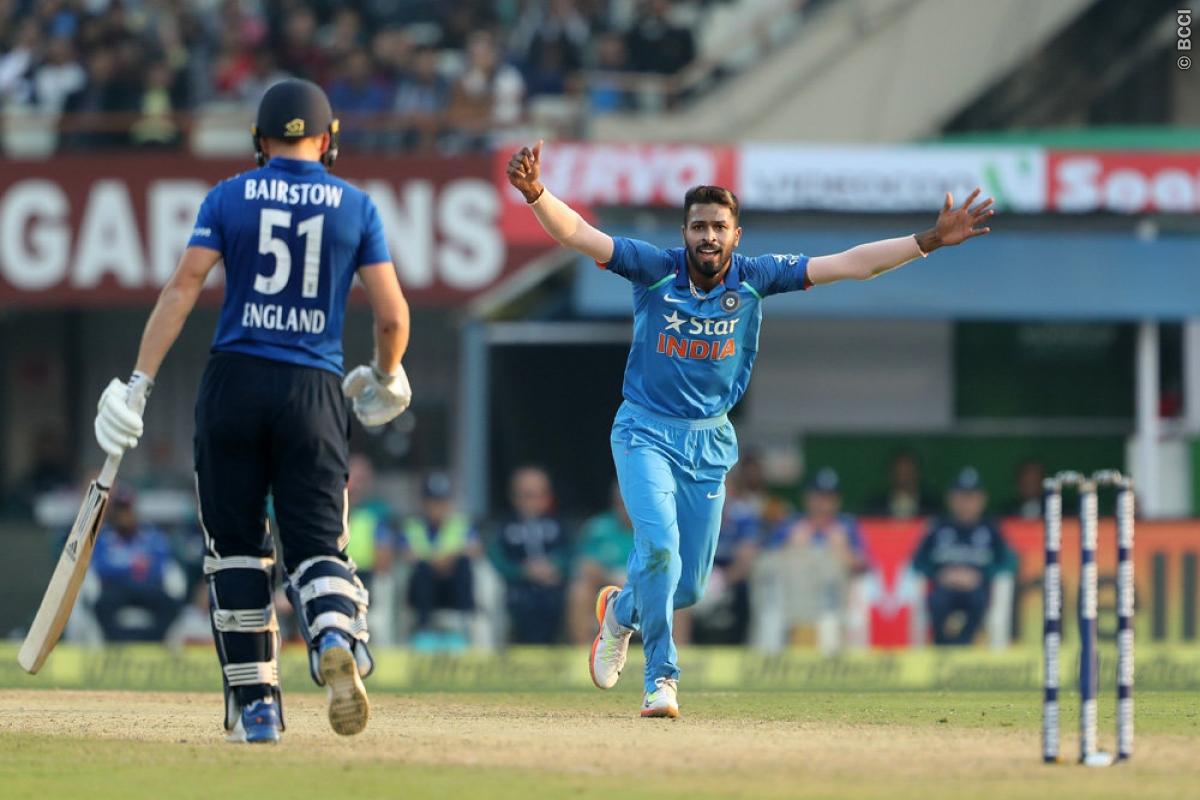 Hardik Pandya has stamped himself as a genuine fast-bowling allrounder in the Indian team. He has shared the new-ball responsibility, taken wickets and also contributed lower down the order against England.

The Baroda allrounder has credited his success to India A coach Rahul Dravid. Pandya said that Dravid helped him with the mental aspect of the game. He also termed the World T20 at home a “reality check” for him.

“After the World Cup I had a reality check of what are the things I need to improve upon in my game,” Pandya said, “The Australia tour (with India A) was pretty important for me.”

In the 3rd ODI against England, Pandya almost took India over the line with Kedar Jadhav. His gritty knock showed that he has improved his batting a lot, and will be a vital cog for the Indian team in the Champions Trophy.

The Indian team will be playing a three-match T20 series against England, starting January 26.