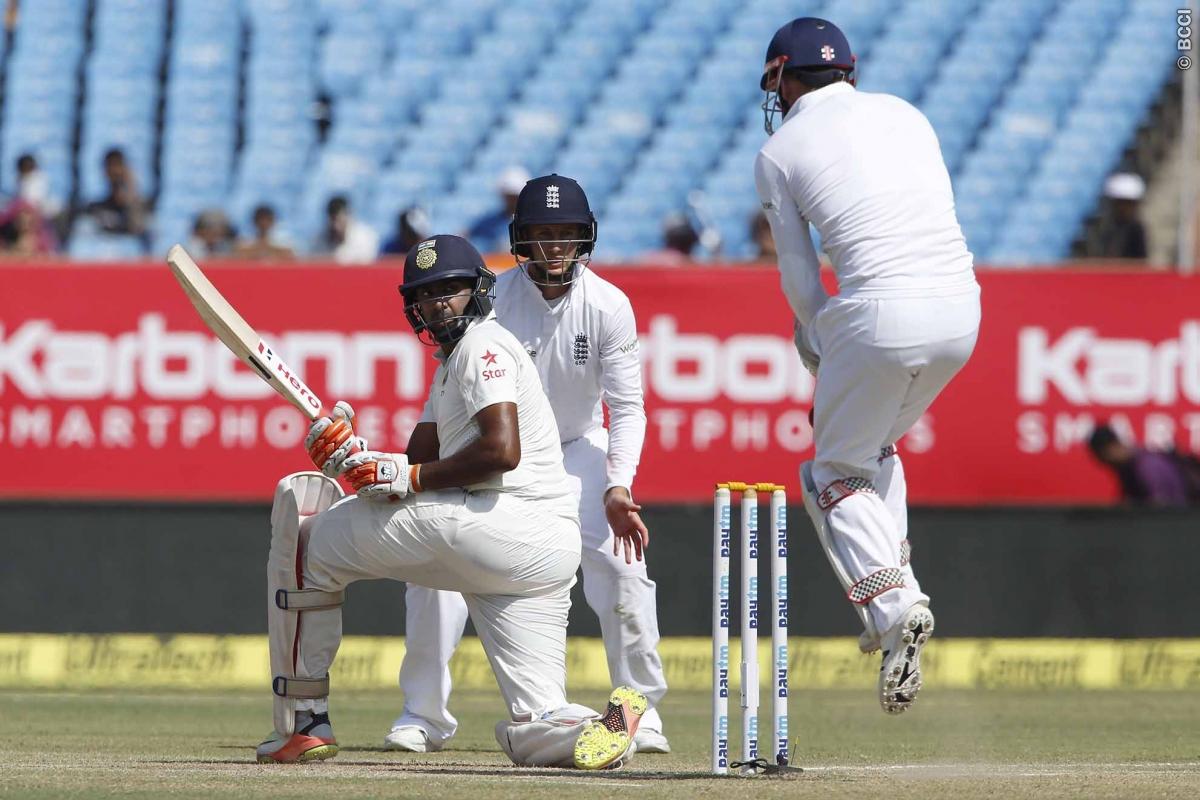 A gritty batting performance helped the Indian team in shrinking England’s lead to a mere 49 in the 1st Test. Ravichandran Ashwin played a useful innings, and added crucial runs with the lower-order in Rajkot.

Ashwin continued his good form with the bat and scored his seventh Test fifty. He stitched crucial partnerships with Wriddhiman Saha and Ravindra Jadeja, as India finished their first innings on 488.

India vs England 1st Test match will be available live on Star Sports network. Viewers can watch the live streaming of the match HERE. The 1st Test Day 4 Live Scores are available HERE and HERE.

In the first session, the Indian team was rocked when they lost Ajinkya Rahane (13) and captain Virat Kohli (40).

But a 64-run partnership between Wriddhiman Saha and Ashwin steadied India’s innings. The dismissal of Saha (35) broke the momentum for a while, but Ashwin (70) knotted the one end.

0 0 0 0
Previous : If Fit, Ishant Sharma Should Have Played in Rajkot Test
Next : England vs India 2016 1st Test Day 4: Batsmen Continue to Make Merry in Rajkot