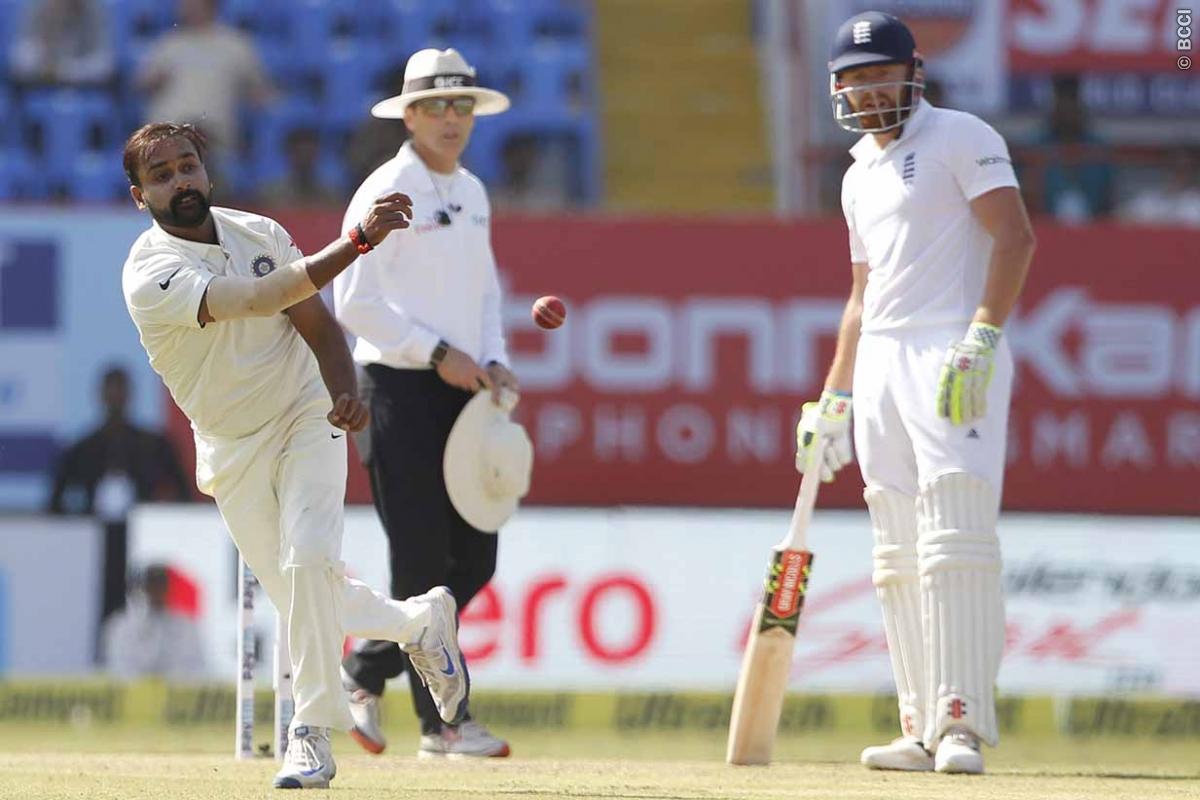 From the beginning of the Rajkot Test, everyone knew that the pitch would be more batsmen-friendly for at least nine sessions. And, the pitch live up to everyone’s expectation.

After four days of cricket, the scoreline of both the teams suggests that the bowlers had a little say. But, as the pitch started to offer some help to the spinner on Day 4, India’s leg-spinner Amit Mishra went under pressure.

Reason? Mishra haven’t had a great first innings bowling spell. From 23.3 overs, he conceded 98 runs and got only one wicket in bargain. Also with the bat, he was out without opening his account.

Read More: Ishant Sharma Should Have Played in Rajkot Test

It may reach a stage when the team management would be tempted to think about grooming a Hardik Pandya in the next Test. But then, won’t it be premature to make a change right away after one innings or make a change in the playing XI after one Test match performance?

Mishra had an outstanding ODI series against New Zealand recently. His performance was so powerful that his selection in the opening Test match was nothing but an automatic choice.

Therefore, chopping Mishra from the playing XI in the very next Test could turn out to be a immature move. The management would have to give Mishra one or two Tests more before determining his fate.

At least, the cricket logic suggests that and there should be mechanism to install confidence in the hearts of the players. And leg-spin is such a department of the game, which  doesn’t give you success everyday.

There would be days when a leg-spinner would be unplayable and then, on other occasions, he would have to face a bad day on the field. England’s Adil Rashid got four Indian wickets in the first innings just when the pitch started helping the spinners with uneven bounce.

If England would have bowled first, Rashid could have been hammered all over the park, who knows!