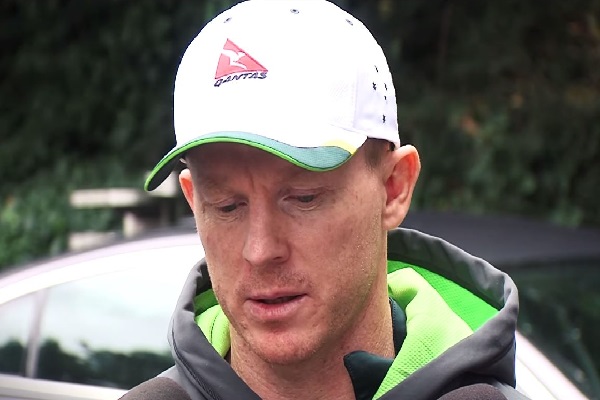 Australia opener Chris Rogers endured a blow straight on to the head off James Anderson’s bowling in the 2nd Ashes Test, and was left shaken even in the second innings owing to the blow.

Rogers faced concussion in the second innings of the 2nd Ashes Test, and had to leave the field. Australia did manage to register win, but they were sweating over the fitness of Chris Rogers.

The Australia opener, however, returned to training ahead of the 3rd Ashes Test, and is expected to be part of the playing XI, despite missing the practice game against Derbyshire.

Rogers, meanwhile, said James Anderson took him by surprise and he needs to remain aware of short bowls in the upcoming 3rd Ashes Test.

“If anything, I probably wasn’t expecting it (to receive a bouncer) that ball, it was the first ball of the day and I thought I might get a nice little cover drive or something first up,” Chris Rogers said.

“But he (Anderson) really surprised me – I’ve got to be aware of these things. I’m not stupid; I know they’ll come even harder at me, but who knows?”

“It looks like a green wicket, so if they’re bowling short that may work well for me,” Chris Rogers concluded. “They’ve still got to pitch it up at some stage, but I know full well they’re going to come hard – that’s part and parcel of opening the batting.”