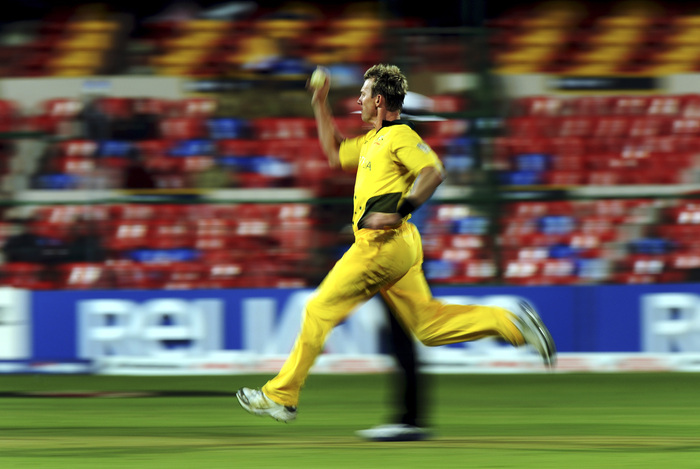 If you followed cricket in the 2000s, one of the best sights on the field was to watch a steaming Brett Lee take on the best batsmen around the world. One of the most likable cricketers around, Lee had an aura around him that made him a white ball star. Coloured clothing, under the lights, tense situations, stakes that would rattle any other bowler, it was the stuff Lee lived for.

After a frustrating string of injuries truncated his career, he spent a few years on the IPL and BBL circuit. Still smiling, still crashing down stumps, still making batsmen hop around, Lee never lost his stardom. The fluke sixes, the chainsaw celebrations, it is still all fresh in the memory of any cricket tragic.

To celebrate Brett Lee’s magnificent contribution to the sport, we look at his final over in competitive cricket, where he produced the goods at age 37 as if he was an upcoming twenty-year-old raw fast bowler.

0 0 0 0
Previous : Fewest balls by a bowler in Tests to take five wickets
Next : Throwback to record breaking Steyn on Aussie soil