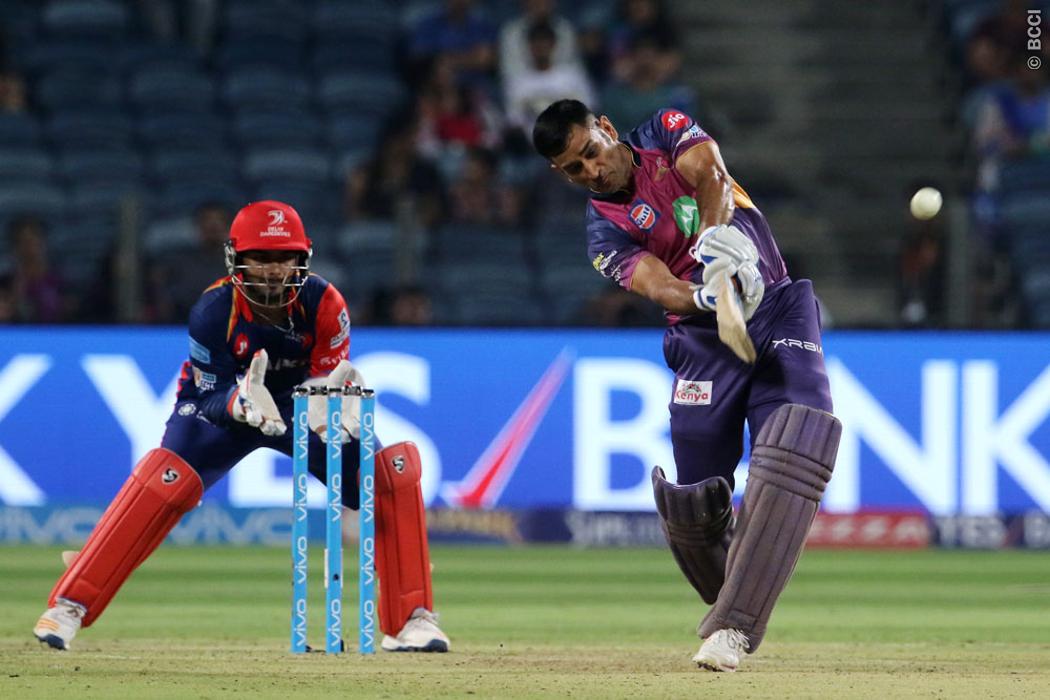 MS Dhoni Needs to Play in his Naturally Aggressive Style

MS Dhoni hasn’t had a greatest of outings in this year’s IPL so far. He has been short of runs, much like his Rising Pune Supergiants teammates. Dhoni has scored just 28 runs in three innings in the ongoing league.

The Supergiants have failed to deliver as a unit, but the criticism has come over Dhoni alone. His form been questioned, despite his recent good runs with the bat for the Indian team in the limited-overs format.

“I think MS Dhoni should try and play his natural game,” Brett Lee said. “I am not going to sit here and say this is how he should bat because he has been a wonderful player batsman and captain.”

The kind of player Dhoni is, it is just a matter of time when he comes out with a big one in the tournament. He showed a glimpse of it in the last match by dispatching Shahbaz Nadeem for a straight six.

“We know how good Dhoni is. We wish him well,” Lee insisted. “He is a wonderful character and how good he is for the game. I hope he can get a big one in the next game.”

The Supergiants will travel to Rajkot for their next match against out-of-form Gujarat Lion on April 14. They would be eyeing their second win of the tournament, and end their losing streak in the tournament.