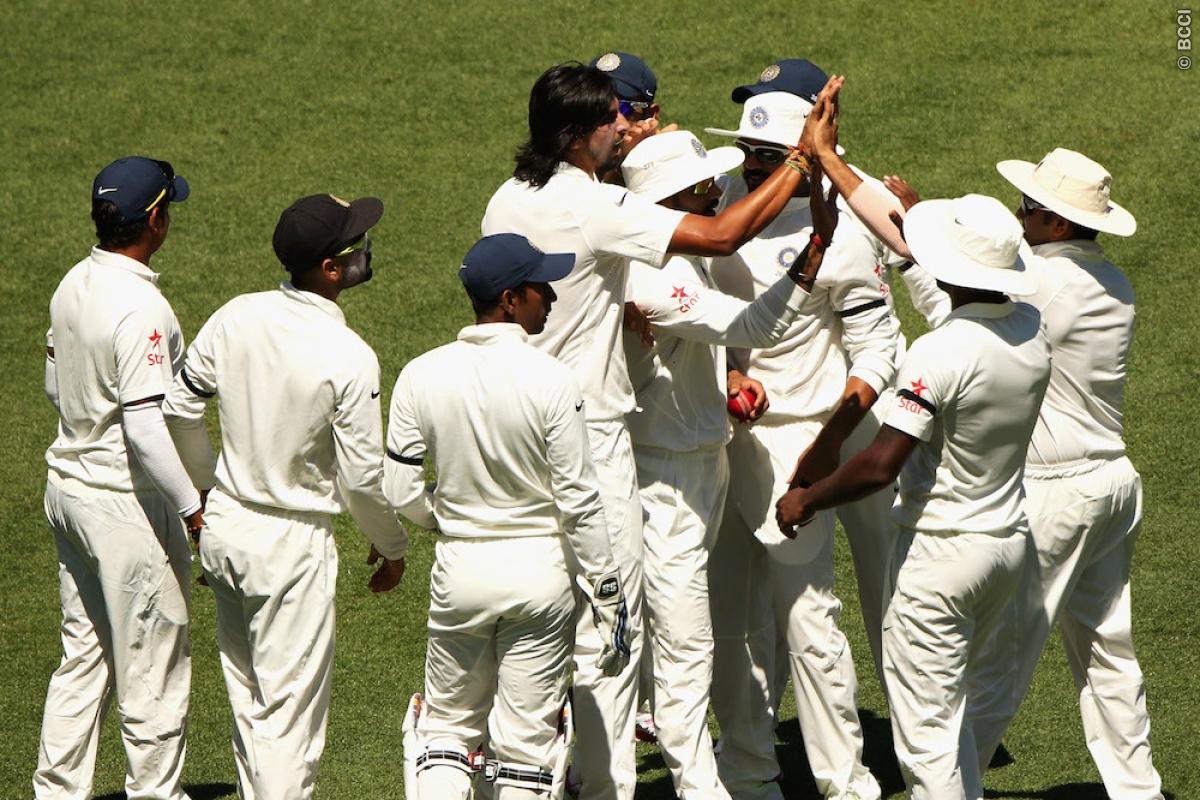 For the first time in the series, the Indian bowlers probably made a statement, on Day 2, of the Brisbane Test against Australia. After they were all out for 408 in the first innings, two of the bowlers from Team India stood out from the rest — Umesh Yadav and Ravi Ashwin.

Umesh, of course, earned a special distinction of bowling the fastest delivery of the match. He also claimed three wickets to his credit. In fact, Drcricket7 was the first to predict that there could be a surprise change in the Indian pace attack after the Adelaide Test match. Umesh was inducted in place of Mohammed Sami.

So what was special about Yadav’s bowling? He pitched the ball up to the batsman and that was the key to his success. If a bowler can pitch it up at will, technically, it gives less time for the batsman to see the ball. If the delivery is short of length, it allows the same batsman to read the ball on the back-foot. Umesh also used the bounce of the pitch well and surprised David Warner, the batsman in-form.

Everything was just perfect about Umesh, something which the other two pacers — Ishant Sharma and Varun Aaron couldn’t replicate. Perhaps, two pacers, from both ends, could have exerted more pressure on the opposition. By bowling the way he did, Umesh has also booked his place for the third Test match of the series.

Similarly, Ashwin, with a slight change in his action, inspired immense confidence in the first few overs of his first spell. He looked as if he could have the Aussies on the mat. Traditionally, Australians have a poor track record against off-spin bowling. If you dial Harbhajan Singh, he will tell you more about how the Aussies play off-spinners.

History has taught us that not only have the Aussies struggled to score runs against the off-spinners, but also lost wickets to them, especially in the Indian sub-continent where their track-record has been dismal.

But right now we are in Australia and Ashwin knows that. He has embraced the right approach of pitching the ball in the right areas. Due to the extra bounce at Gabba, he has looked quite ominous at times. With the wear and tear on the pitch in the days to come, it could turn out to be a perfect match for Ashwin. Provided he continues to consistently live-up to his potential.

For that to happen, the Indian bowlers would have to replicate what the Australian bowlers did to India’s lower middle-order and tail-enders. With an overnight score of 311 for four, the visiting team could only make 408. All thanks to MS Dhoni and Ashwin, who scored some runs in the far end of the Indian innings.

For Australia Josh Hazlewood, who made his test début, walked away with five wickets, while last match hero Nathan Lyon bagged three wickets. Again on Day Three, the Indians would have to quickly push through the defence of Australian skipper Steve Smith, who has attached a price tag to his wicket.

Wicketkeeper Brad Haddin would be the other batsman India would be looking to send back once he comes to the crease. With the hosts trailing by 187 runs, it would be a perfect start to the Indian second innings with a lead of over 100. But that is quite a task for the bowlers in the first session on Day Three. In cricket, anything is possible, so who knows?