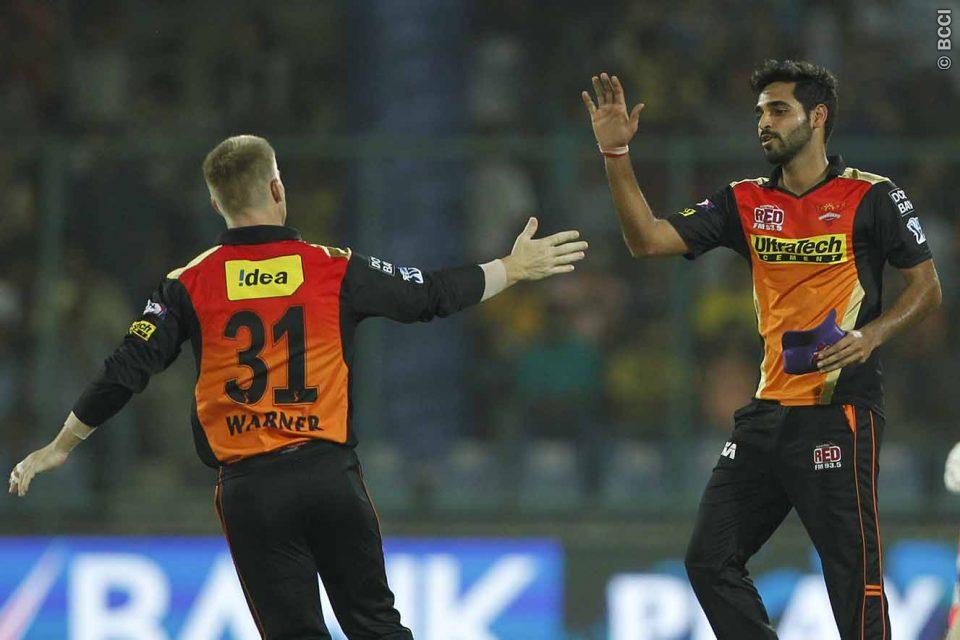 Bhuvneshwar Kumar has been one of the vital cogs in Sunrisers Hyderabad’s success this season. He has taken 23 wickets this season, and currently hold the ‘Purple Cap’.

In crunch knockout games, Bhuvneshwar led from the front and delivered with both new and old balls. Against Kolkata Knight Riders, he bowled like a bowling machine, while against Gujarat Lions he picked crucial wickets.

The in-form seamer is not sighting the IPL Final, and looking forward to deliver yet another match-winning performance against Royal Challengers Bangalore on Sunday.

Bhuvi said that dismissing big guns like Virat Kohli, AB de Villiers and Chris Gayle will be their target in the final. Kohli, in particular, is in a tremendous form, and currently owns the ‘Orange Cap’.

“We’ll enjoy for now because we know there’s a pressure match coming up,” Bhuvneshwar said. “We will definitely strategies because I read somewhere the other day that Virat Kohli has scored 35 per cent of RCB’s runs.”

“It’ll be a big task for us to get Gayle, Virat and AB and later, Watson, out,” Bhuvi said about the IPL Final game. “We are hoping for a good contest.”