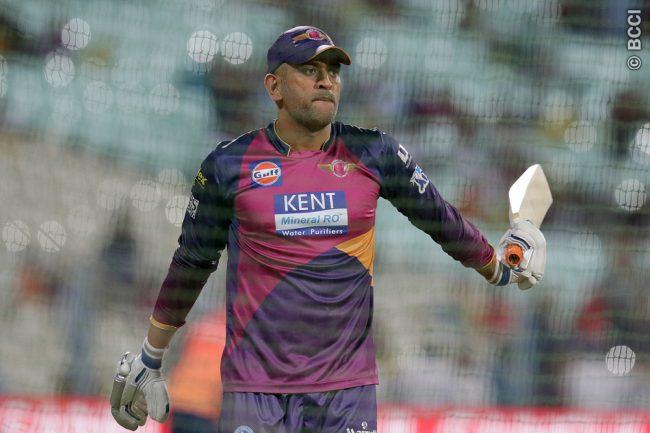 Rising Pune Supergiants roped-in Ben Stokes at a whooping 14.5 crore in the IPL auction 2017. The English allrounder is now looking forward to play alongside MS Dhoni in the Pune team.

Stokes had an impressive tour of India earlier this year. He also became the highest paid foreign player in the Indian Premier League. And, also the second most expensive player in the history of the league.

“I am looking forward to playing with MS Dhoni and Steven Smith,” Stokes said. “It will be great to share the dressing room with both these players. Dhoni is one of the greatest in the world.”

“I have had some heated moments with Smith,” he added. “However, he is an amazing player”

Stokes, meanwhile, clarified that he will not be missing many games in order to prepare for the Champions Trophy.

“I might miss only the last group game,” Stokes said. “I will play most of it, probably play the full season. Looking forward to playing plenty of T20 cricket, something we don’t get to do as England players.”