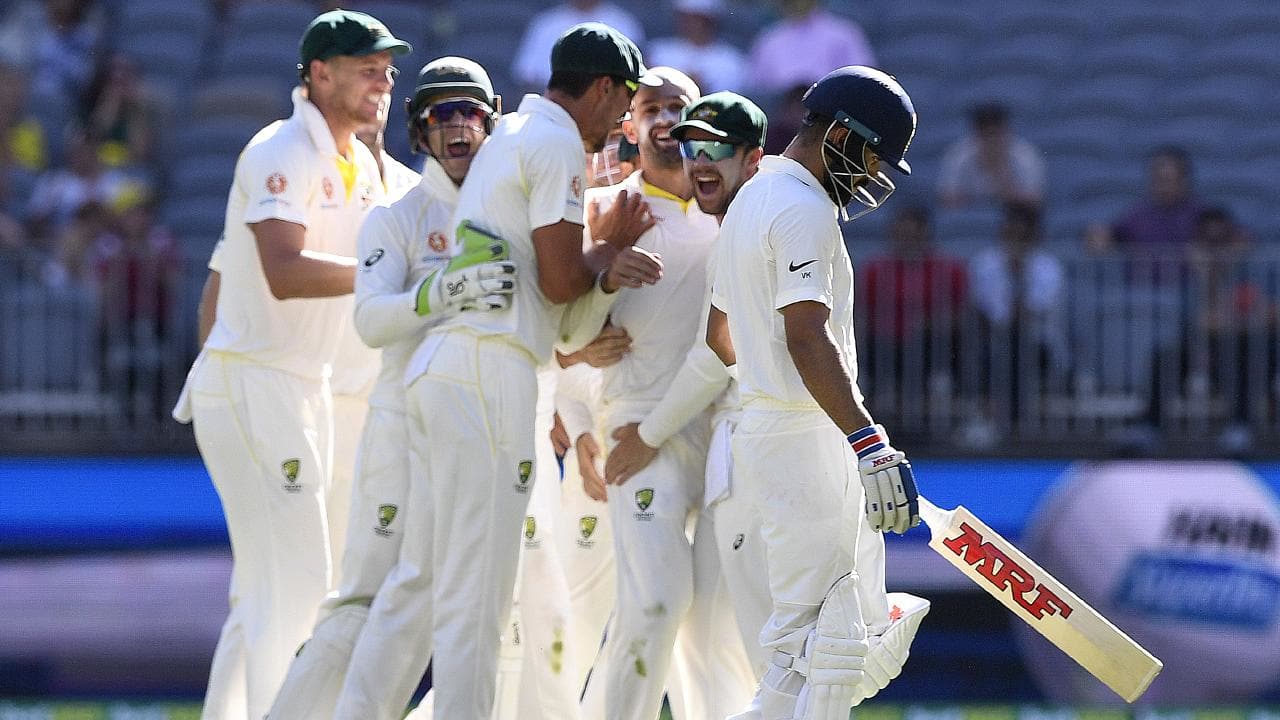 Australia vs India- Perth Test, Day 5: Tweets of the Day

Congrats to Aust & both teams for a terrific test series so far – well done. Loved it all. That’s the best test win for Aust in a long time. Tim Paine take a bow – we now have a test captain ! Lyon & Khawaja outstanding. Finch & Harris 0/100 on day 1 was the difference !!

Much needed advertisement in a world of big bats.

The second Test match between Australia and India at Perth produced 183 play-and-misses. That's the fourth most of any Test in the @cricviz database (2006-present). #AUSvIND

VVS optimistic ahead of the Boxing Day Test.

Congratulations to Australia on this very comprehensive win. India will need to believe in themselves, learn from their mistakes and comeback stronger in Melbourne

Back to the old ways?

About time the Aussies got back in the game 😂
Surely a game with some friendly banter is better than the sterile, soulless environment that has existed since the Aussies went all nerd on us 😂 https://t.co/qMdN4jer4l

Congratulations to Australia on a big comeback. The key was their opening partnership in the 1st innings & scoring 326. @mstarc56 & #Hazlewood didn’t allow good partnerships upfront in both the innings. @NathLyon421 continues his magic by picking crucial wickets. #INDvAUS pic.twitter.com/QH59HSbtXA

Plenty can be learned from a loss. India not only played 4 fast bowlers, but 4 number 11 batsmen who had to bat 8-9- 10-11 . Still Australia got 100 + start and India started poorly in both innings. Hope India can turn things around in Melbourne

Impressive gesture on display from the touring Indians.

Indian stars Rishabh Pant, Virat Kohli and Prithvi Shaw (who has been ruled out of the series with an ankle injury) having a kick with @gilly381 kids. It’s not all bad blood, this series. #INDvAUS pic.twitter.com/StKP3s5caE

Subtle case for inclusion of Bhuvaneshwar Kumar at the ‘G?

As was the case in ENG, in foreign conditions, India's much maligned batsmen stay with the home batsmen. But India's tail gets blown away.

Is he the most “likable bloke” in Australia at the moment?

Half a grin then back to business. Impressive at every turn. #AUSvIND pic.twitter.com/Ugm8BvCkhj

0 0 0 0
Previous : Former England captain rates Kohli above Tendulkar and Lara
Next : English opener to be knighted