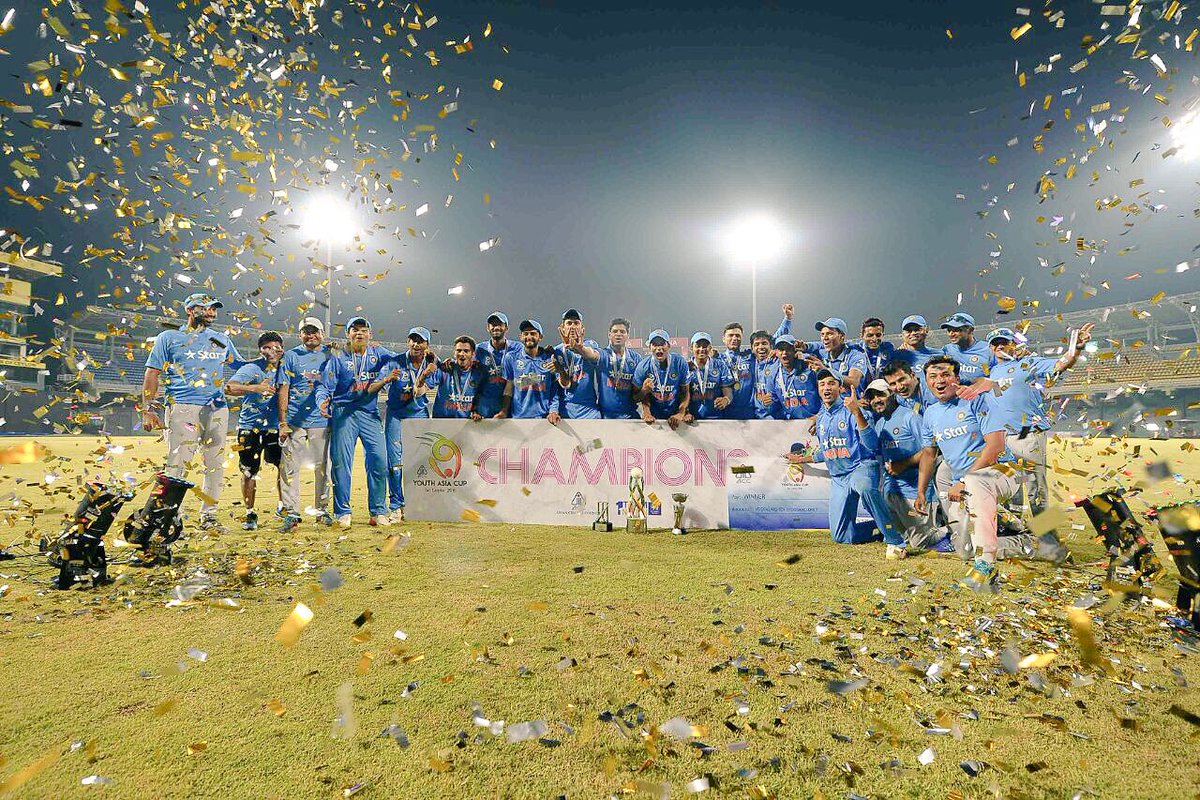 India have lifted the Asia Cup Under-19 title for the third straight time. They defeated Sri Lanka in the final by 34 runs at the R Premadasa Stadium on Friday, as the hosts suffered a spectacular collapse in the final.

Himanshu Rana continued his fine form, and stuck a gritty fifty to propel India to 273. Earlier, he had scored a hundred in the semifinal. Shubman Gill also scored a half-century, while Prithvi Shaw made a 39-run contribution.

Sri Lanka had the game under control until the final stage of the match. They could only score 43 runs in the last 10 overs, and lost six wickets. The Indian spinners, Rahul Chahar and Abhishek Sharma, dismantled the Lankan Lions.

The Lankan Lions earlier had things under control when Reven Kelly and Hasitha Boyagoda were batting. They added 78 runs for the second wicket. The Lankans were cruising at 196 for four, but lost the way towards the end.

India defeated Sri Lanka by 34 run in the Asia Cup Under-19 Final.