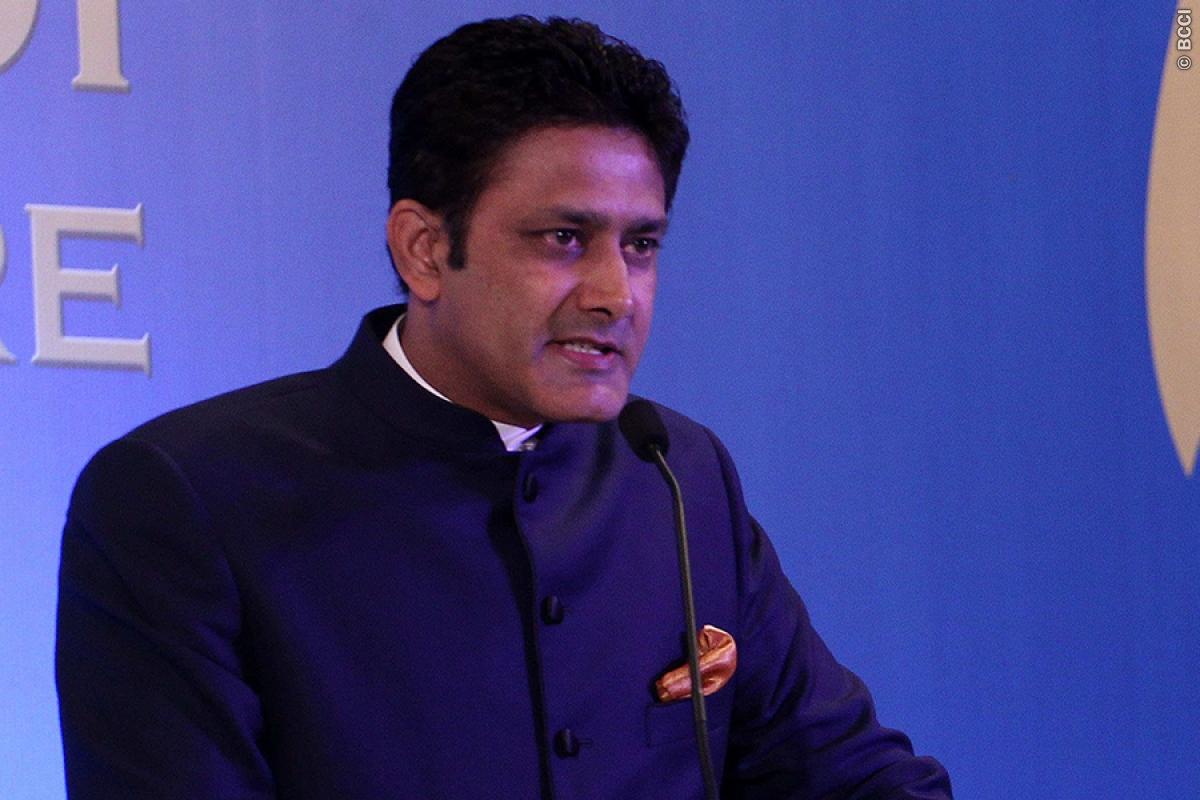 Anil Kumble was the first time officially interacting with media after his appointment as the head coach. He faced a barrage of questions, and one of them was roadmap going forward.

The former Indian captain revealed that he had interacted with both MS Dhoni and Virat Kohli. Kumble said that after Dhoni’s return from Zimbabwe he had a lengthy discussion with the India’s limited-overs captain.

“I had a talk with MS Dhoni at length after he returned from Zimbabwe,” Kumble said. “I also had word with Virat Kohli and we discussed the roadmap ahead and I am looking forward to working with them.”

Kumble was speaking on the sideline of Indian team’s first practice session ahead of the West Indies tour. The Indian Cricket Team is currently camped in Bangalore to prepare for the Test series against West Indies.

The newly-appointed Indian Cricket Team coach said that he is “privileged” to have come back into the dressing room once again. Kumble added that he familiarised himself with the players on the first day.

Kumble, a leg-spinner himself, said that he will be working close with the bowlers in the upcoming tour. The Indian team is currently without a bowling coach, and an appointment is unlikely for the Windies series.