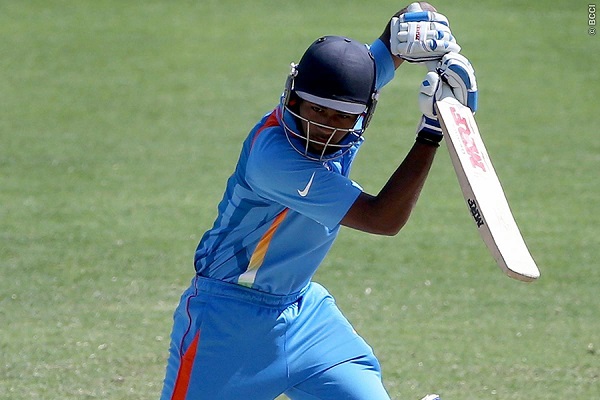 The Indian cricket team has received a jolt ahead of the third ODI against Zimbabwe, as in-form Ambati Rayudu has been ruled out of rest of the tour.

Rayudu scored a match-winning century in the 1st ODI, followed by a gritty knock in the 2nd. The middle-order batsman injured his right quadriceps muscles, a BCCI release stated.

Wicketkeeper batsman Sanju Samson will replace him in the remaining Zimbabwe tour, the BCCI has announced. The Indian cricket team has already sealed the three-match series, with a game to spare.

BCCI Press Release stated: “Ambati Rayudu ruled out of rest of the India’s tour of Zimbabwe, Sanju Samson to join the team as replacement.”

“The BCCI medical team confirms that Ambati Rayudu has been ruled out of the remaining part of the India’s tour of Zimbabwe due to an injury he has sustained while playing the 2nd ODI. Rayudu has pulled his right quadriceps muscles and will require 2 to 3 weeks of rehabilitation.”

“The All India senior selection committee has named Sanju Samson as Rayudu’s replacement for the rest of the tour.”

After the final ODI against Zimbabwe on Tuesday, Ajinkya Rahane-led India will play two T20Is.

0 0 0 0
Previous : Aussies hoping for quicker deck at Lord’s, but unlikely to get one
Next : BCCI suspends Mumbai cricketer over corruption charges