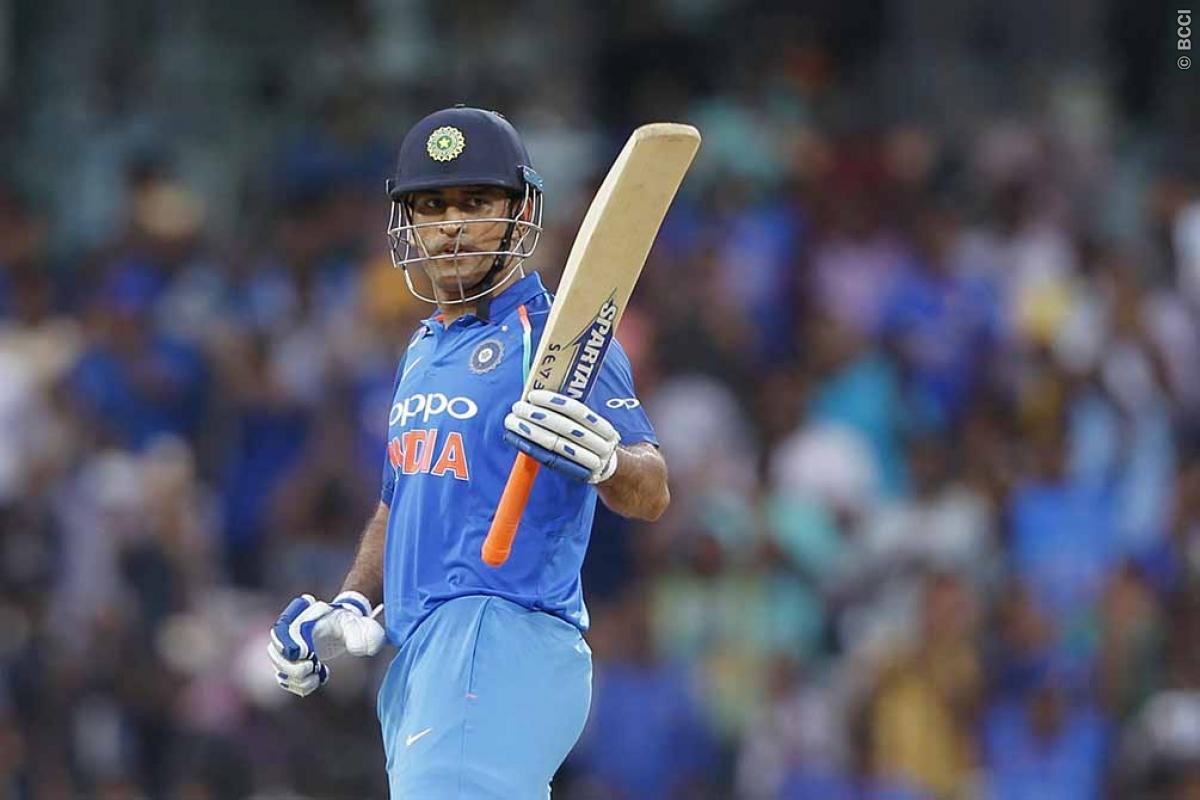 It seems that Mahendra Singh Dhoni is on a record-making spree at the moment. After achieving quite a few records in Sri Lanka he now has achieved feat. This time, however, he chose Chennai to reach the landmark.

MS Dhoni completed his centuries of fifties against Australia in 1st ODI at Chepauk. With this he become only the fourth Indian batsman after Sachin Tendulkar, Rahul Dravid and Sourav Ganguly to reach the landmark.

That wasn’t all. Dhoni also played his trademark innings in front of the packed stadium. He, alongwith Hardik Pandya, ensured that the Indian team post a respectable total after electing to bat first in the series opener.

Pandya made a scorching 66-ball 83, while Dhoni after a cautious start wrecked carnage at the end. He ended up making a 88-ball 79. India, meanwhile, posted a competitive 281-7 in their 50 overs.

This total looked out of reach at one point of time. India lost Ajinkya Rahane (5), Virat Kohli (0) and Manish Pandey (0) in a space of 11 balls. Nathan Coulter-Nile reduced the hosts to a 11-3 inside 6 overs.

But, Pandya and MS Dhoni added 118 runs for the sixth wicket to bail India out. While Pandya upped the ante after 35th over, Dhoni finished the innings with a bang. Bhuvneshwar Kumar (32*) also made a handy contribution.